Welcome to my stop on the Blog Tour celebrating the release of #parisneverleavesyou by Ellen Feldman. Thanks, Maria Vitale, #stmartinspress, and #netgalley for a complimentary e ARC. All opinions in this review are my own.

Charlotte, a young French widow, lives through WW11 while working in a Paris bookstore with her friend, Simone. Charlotte has an eighteen-month-old daughter which she brings to the shop with her. Conditions are difficult: food is rationed, the food lines are long, the possibility of stocking banned books is worrisome, and the German soldiers are intimidating. Charlotte makes decisions that allow her to survive but these decisions haunt her long after she has escaped Paris and left the war years behind. Told in dual timelines, the story alternates between the war years and Charlotte’s current life in New York City (the 1950s). She keeps many secrets because she still fears being charged as a collaborator as a result of the decisions she made to survive. In addition to her fears, she also experiences survivor’s guilt as she remembers her past. Paris never leaves you.

Writing: The dual timelines worked well together in this story, and I was eager to return to each one. The events and experiences during the war years are page-turning and engaging. I held my breath during some tense Paris scenes and felt Charlotte’s fear, remorse, and guilt in the 1950s timeline.

Recommended: Paris Never Leaves You is a heartfelt story and I recommend it for fans of WW11 historical fiction who also enjoy a side of romance, for readers who appreciate a story of a strong and courageous woman, and for book clubs.

An Interview with Ellen Feldman

Many of your previous books dealt with real characters, such as Anne Frank. Where did the fictional Charlotte and her moral dilemma come from?

Charlotte came from her moral dilemma. Most books about the women of World War 11 feature those who displayed enviable, or hard to fathom, courage–women who spied for the Allies or worked in the Resistance or risked their lives covering the action. I stand in awe of those figures. But as I read those accounts, I kept wondering, what did women who were not blessed, or cursed, with such guts, do? What would I do if faced with choices between what is conventionally thought of as right and wrong, moral and immoral? It is, I suppose, the eternal question of the bystander. Charlotte is, if not my answer to it, then my exploration of it.

Yes, but how did Charlotte, the particular character in the novel, come into being?

I find all my characters, even the historical figures (because of course, they’re not the real historical figures, only my understanding and representation of them) come into being the same way. When I begin a book, I have in mind a vague character defined mainly by name and circumstances, the individual’s history, and where I want her or him to go, though the latter rarely is where that character ends up going. Only as I get deeper into the story does the character begin to take on a reality of her or his own. Frequently the people on the page refuse to do things I’d intended to have them do. They make it clear, as the writing goes on, that a particular action or emotion is not in keeping with who they have become.

You list some of the sources you relied upon in researching Paris Never Leaves You. Do you have a particular method for delving into the past?

I begin by reading general histories of the period, then go on to personal memoirs, magazines and newspapers, and archival material if there is any. I love getting lost in libraries, and I love the thrill of coming across a little-known or even a previously unknown letter or diary entry or scrap of paper that brings the character or period to life. In a more general sense, even the ads in old newspapers and magazines can untether you from the present and pull you back to another time. Once, while reading an old magazine, I came across an ad for a sweater I thought would make a perfect Christmas gift for my husband. Only when  I  started to jot down the information did I realize that the magazine was from 1945, the store no longer existed, and the sweater I was so eager to buy had probably been eaten by moths decades ago.

Are some eras more difficult to research than others?

For some aspects of Paris Never Leaves You I had to do almost no research. Several years ago I worked in a New York City publishing house. While by that time the business had changed considerably from the 1950s, human nature hadn’t.

Does the research ever change your original conception of a book?

Absolutely. In Paris Never Leaves You, I had started out thinking about what Charlotte would do in certain situations and how she would live with the repercussions of her actions for the rest of her life. In other words, I was interested in survivor guilt, though I didn’t use the term to myself at the time because I think starting a novel with a highfalutin philosophical or psychological concept is the kiss of death for a good story. The library where I do most of my work has open stacks. One day as I was looking for another book about France under the Occupation, I came across two volumes called Hitler’s Jewish Soldiers and Lives of Hitler’s Jewish Soldiers by Bryan Mark Rigg. I was so astonished I sat on the floor of the history stacks and began reading. What I found there not only altered but deepened and expanded the story I had set out to tell. Suddenly, I had the beginnings of a character I’d never dreamed of, more survivor guilt than I’d bargained for, and the additional issue of identity and how we perceive it.

After a certain amount of time, and it differs with each book, I can’t keep the characters and the ideas in any longer. They’re shouting to get out of my head and onto the page. That’s the point–and I’ve heard many writers use this image–at which I leave the research room, close the door behind me, and walk into the writing room. Closing the door is essential because in fiction, characters and story always trump history, and you don’t want the former to get lost in the latter. But there is a caveat. I sometimes have to go back to the research because, before I start the writing, I often have no idea what I’m looking for when I’m reading. Sometimes a stray fact that seemed irrelevant when I came across it inspires a scene or makes a character take a different course. So while the two processes are separate, they are also intertwined.

I do the actual writing in the writers’ rooms of two libraries: The New York Society Library, which is a subscription library on the Upper East Side of Manhattan and New York City’s oldest library, and the New York Public Library. Both have silent oases for writers that I am fortunate to have access to. The walk to the library each morning gives me time to think about what I’m going to write that day, as does an early run around the Reservoir in Central Park; the walk home in the evening allows time to decompress, or, all too often, the eureka realization that the scene I spent the day writing simply doesn’t work and has to be either completely rethought or tossed out.

Are you currently at work on another book?

I am always at work on another book. The idea for the current work in progress sprang from two sentences about a character I came across in my research for Paris Never Leaves You, but that’s all I can say about her now.

Ellen Feldman, a 2009 Guggenheim fellow, is the author of Terrible Virtue, The Unwitting, Next to Love, Scottsboro (shortlisted for the Orange Prize), The Boy Who Loved Anne Frank (translated into nine languages), and Lucy. Her last novel, Terrible Virtue, was optioned by Black Bicycle for a feature film. Her new novel, Paris Never Leaves You, is available June 2, 2020.

Ellen has lectured extensively around the country and in Germany and England, and enjoys talking to book groups in person, on the phone, or via the web.

She grew up in northern New Jersey and attended Bryn Mawr College, from which she holds a B.A. and an M.A. in modern history. After further graduate studies at Columbia University, she worked for a New York publishing house.

Ellen lives in New York City and East Hampton, New York, with her husband and a terrier named Charlie.

Is Paris Never Leaves You on your TBR or have you read it?

“Ah, how good it is to be among people who are reading.”
~Rainer Maria Rilke

“I love the world of words, where life and literature connect.”
~Denise J Hughes

“I read because books are a form of transportation, of teaching, and of connection! Books take us to places we’ve never been, they teach us about our world, and they help us to understand human experience.”
~Madeleine Riley, Top Shelf Text

***Blogs posts may contain affiliate links. This means that at no extra cost to you, I can earn a small percentage of your purchase price.

Unless explicitly stated that they are free, all books that I review have been purchased by me or borrowed from the library.

Book Cover and author photos are credited to Amazon or an author’s (or publisher’s) website.

This site uses Akismet to reduce spam. Learn how your comment data is processed. 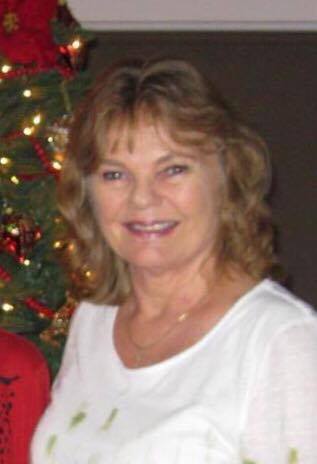 Thank You For Viewing!